Whenever I load up Wizardry 6 (or 7) via Game Link, there's no prompt stating there's been a link, and the map doesn't track my avatar. I only get the little animation in the bottom right corner telling me "Waiting for a Connection"

Oddly enough though, the first game I tried with GC4, Dragon Wars, worked immediately with no issue.

I haven't tried any other games, but I'm not entirely sure what I'm doing wrong with the those two Wizardry games. 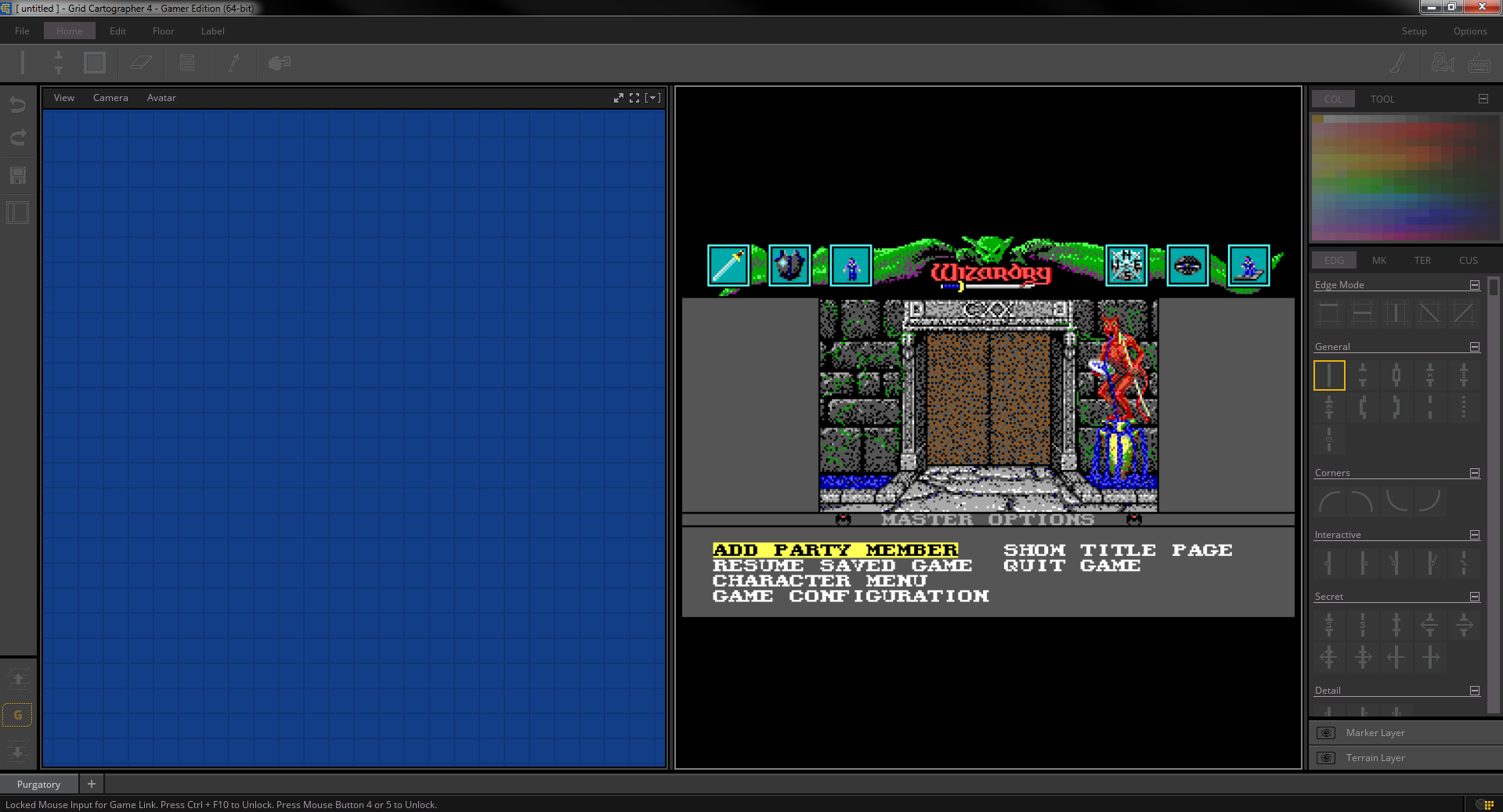 Hi, sorry you're having a problem.

Can you go to Options tab > Game Link > "Show Debug HUD", tick that and post a picture of what information comes up.

Since the game video stream is coming up I'd assume that the game tracking should also work - maybe there's something about your Wizardry that it's not recognising? 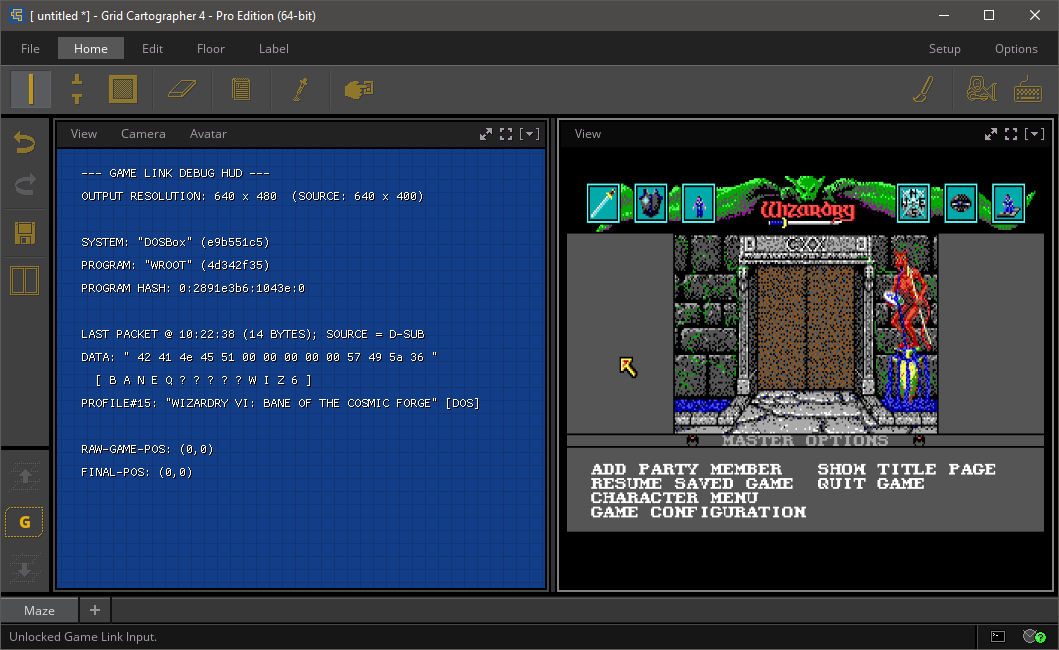 Nothing seemed to change in the debug when i started the game. 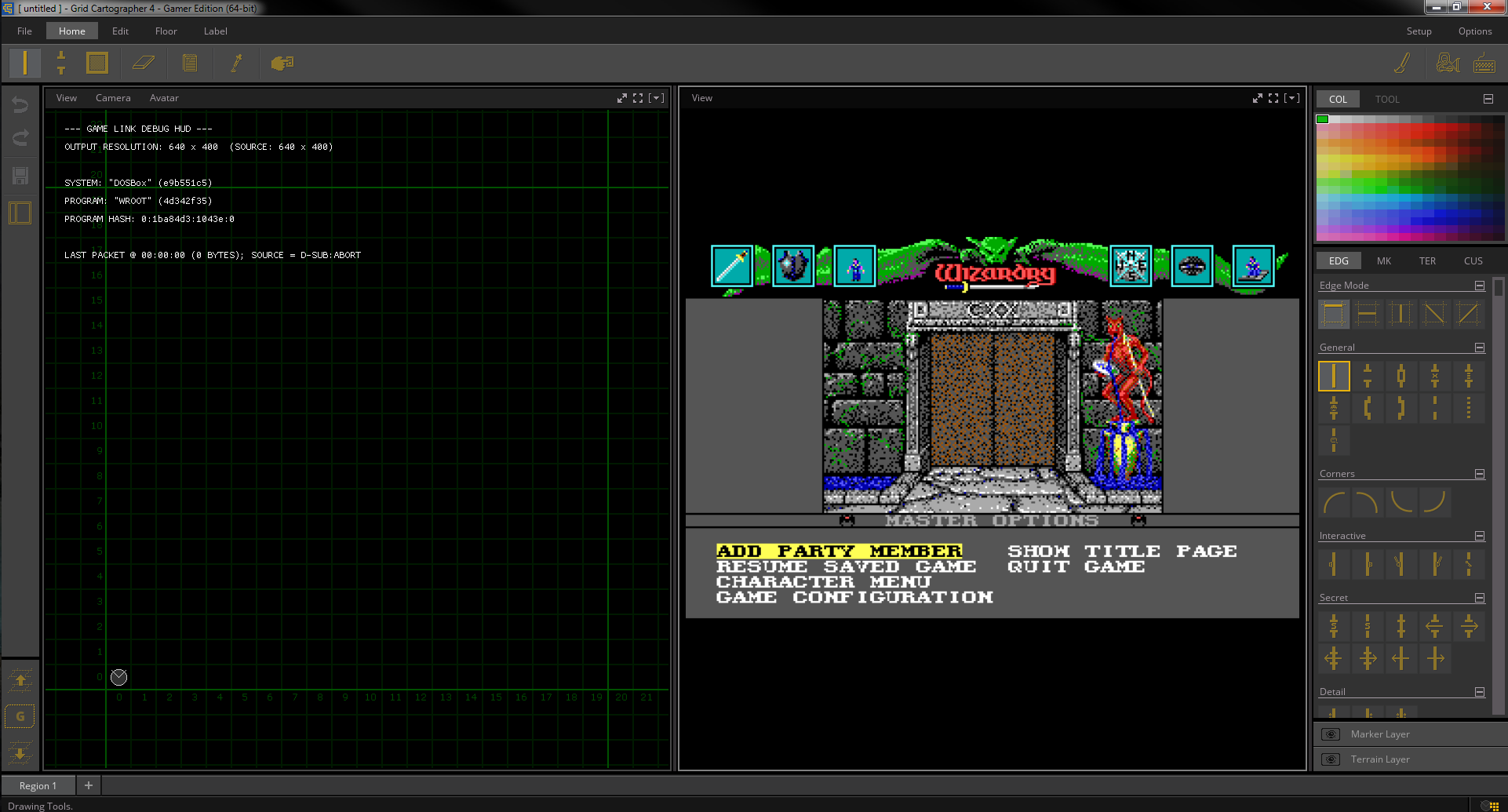 The program hash is different from the expected values, so GC doesn't recognize it as Wizardry 6. Are you running the GOG version or Steam or ..? Also have you applied any after-market patches/mods that modify wroot.exe ?
POST REPLY
4 posts
Forums
General Discussion
Back
Can't get Wizardry 6 to sync with GC4