So I've been throwing around the idea of making an old school gridder dungeon crawler and I've been working on design documents and the initial code in Unreal. Well something thats hard to do out of the box is put down a lot of mapping information without just directly coding in your own GC into Unreal.

This program has saved me so much time its crazy. This way we can build levels and design fluid multilevel regions, export them into XML at the very worst and then programmatically build the level based on the data in the XML (assuming we didn't want to go with the Obj file).

One of the very first things we drew up was a rough draft of the first area of the game, "Old Town" which exists under the current dungeon city. It took me less than an hour from Purchase to finish putting in all the details. I'm excited. 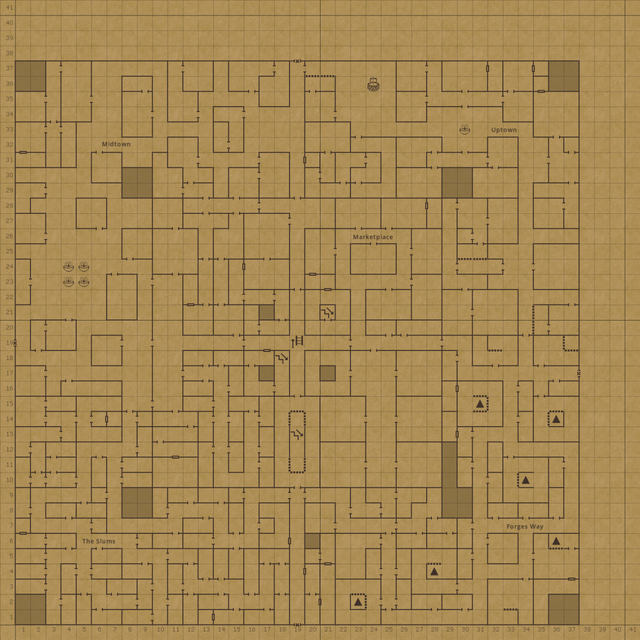 That's really awesome. Thanks for sharing!

I'm always keen to hear from fellow developers and if you have feature requests, I can't promise how quickly I can get to them, but they're always welcome.

Originally we came up with a method of using 3x3 sections of pixels in a .bmp to represent a single dungeon square on the map and based on the RGBA values of the pixels used switch case logic to then be like “r=127 so use this asset for that side, b=23 make it X color, g-> break into bit wise and each bit is a flag on properties for that side asset, a=255 it exists”. Unreal could then contruct the map as it goes from pixel group to pixel group on the bmp.